These technologies are being used everywhere, and the age of AI is already in full swing.

AI and technology offer a solution to inefficiency. Deloitte has shown that 83 percent of early adopters of AI and cognitive technologies achieved either “moderate” or “substantial” benefits.

AI is somewhat part of augmented intelligence tools’ technology, but how is it used in marketing right now?

What is Augmented Intelligence?

Gartner defines “augmented intelligence” as “a human-centric partnership model of people and artificial intelligence working together to enhance cognitive performance.”

What that means is that augmented intelligence isn’t just about creating super smart machines. It’s about creating technology that can help you and your brain do things better.

Let’s dive into some specific examples so we can see how this works:

That might make you think of autonomous killer robots, but the reality is usually a little less exciting.

Ever used a grammar checker tool? Lots of those use AI to give you more sophisticated grammar recommendations.

Even Google Docs uses an AI grammar checker. Google’s engineers train the model using correct sentences. It’s then able to predict whether sentences are correct or incorrect on its own, without needing to be programmed with every single grammar rule.

Know where else Google uses AI? In its search engine algorithms.

Updates like RankBrain and BERT have brought AI to the search engine, and SEOs have needed to update their strategies accordingly with AI SEO.

How is augmented intelligence used now that we’ve seen how AI is used? What distinguishes it from AI in terms of its applications?

The word “augmented intelligence” is a broad one. It can be applied to almost any gadget that aids humans in improving their skills and making better decisions, even something as simple as a compass or telescope.

But in practice, augmented intelligence is usually used to talk about automated systems that need direction or input from humans to function. Augmented reality tools, like Google Glass, are just one example.

Augmented intelligence can be used in a bunch of different fields. It can support financial professionals in making regulatory decisions, or help health care professionals make medical decisions.

The augmented intelligence tool makes suggestions, and the final decision is made by a human. Human feedback allows the tool to learn and improve over time.

It also brings a human aspect to the decision-making process, which may help certain companies comply with regulations. Plus, with artificial intelligence, we will profit from emerging technology while also retaining human talent.

But what is the most appealing aspect of augmented intelligence? When humans and machines collaborate, they will produce better outcomes than if they worked alone.

Overall, augmented intelligence is just a different philosophy that can help us get the most from AI, without needing really sophisticated capabilities.

How Can Augmented Intelligence Help Your Business?

The truth is, augmented intelligence can do huge things for your company.

There are several applications for augmented intelligence. There’s almost certainly an IA application that can help you streamline and enhance every aspect of your business.

As an example, augmented intelligence will assist you in online sales.

Consider the last time you considered purchasing anything through the internet. What were some of the reasons you were hesitant to make a purchase?

You do not want to spend money on anything until seeing it in person. Furniture, glasses, and clothing are examples of items that customers like to see up close before purchasing.

This is where artificial intelligence comes in. Customers will digitally “try on” items using augmented reality (AR) apps. They can still get a feel for your merchandise even though they choose to shop from home.

Want to know how this works in practice? Check out some of the companies using augmented reality to sell furniture (Wayfair), glasses (EyeBuyDirect), and makeup (MAC Cosmetics).

To use the virtual try-on tools, you can upload a photo or open your webcam, and the tool will show you what the product looks like in real life.

But sales isn’t the only area where augmented intelligence can help your business.

Want to make your product safer? Car companies are already using augmented reality to help drivers spot dangers on the road and avoid looking down at their phones.

Want to thrill your customers with a cool new feature? Google did that when they introduced internet searchers to AR animals.

Here are three crucial reasons why you should use augmented intelligence tools to supercharge your marketing.

Augmented Intelligence Creates Positive Customer Experiences
If you use augmented intelligence to create an extra cool or innovative product, your marketing will basically be halfway done for you. An awesome customer experience pretty much markets itself. Just look at all the videos people have made about Google’s AR animals:

You could end up having a lot of new backlinks and traffic without even trying if you make anything interesting enough.

Aside from adding new product functionality, augmented intelligence will help you boost the customer experience in several ways.

Customers, for example, are more likely to be happy if they can get their questions answered more quickly using technologies such as automated chatbots, as discussed previously.

Augmented intelligence can also be used to help personalise the customer experience. User reviews are an example of this. You’ve probably seen these on the right-hand side of YouTube:

Recommendations help you offer a better experience by helping your customers find things they might be interested in. They are also a way to convince customers to stay on your website for longer.

Another major reason why companies are interested in automation is that it saves time. According to WorkMarket’s 2020 In(Sight) Report, over half of employees think they could save 240 hours every year through automation.

IA can help your marketing department save time in lots of different ways. If you’re currently using data for strategic planning, augmented intelligence tools can help.

You can use these tools to help clean data sets, forecast future trends with predictive modeling, or even keep an eye on competitors, social trends, and customer feedback. This can help you create more effective marketing plans more quickly.

If you decide to use augmented intelligence in your marketing, you won’t be alone. According to a Forrester report, 46% of respondents say that marketing and sales teams are leading AI adoption.

It’s no wonder marketers are excited to adopt this technology. Hubspot found that using AI software cut the time one agency spent on reporting by 97 percent.

Here’s another way that augmented intelligence can help with your marketing: It can help you write better content, faster.

If you’re a marketer, you know that writing quality content takes serious time and effort.

If you’re wondering why the writing time has gone up so much, it’s because Google’s algorithm updates have started to favor long-form content.

Besides the actual writing, researching, adding photos, and publishing also take up lots of time, not to mention content planning and SEO.

Although augmented intelligence can assist in the writing of text, it cannot add much in the way of science, facts, or emotions.

Since AI’s writing style differs from what we’re used to, it needs human polishing.

That’s an excerpt from an article in The Guardian written by an AI.

As you can see, AI can write sentences; however, you can need to edit or change them to meet your content requirements.

Even if you don’t want a robot to write your posts, you can still benefit from augmented intelligence software. Grammarly, a spelling and grammar checker, is a clear example of this.

Augmented intelligence can also help you create better content by coming up with more relevant topics for your audience.

If you’re using augmented intelligence for data collection and analytics, you can use the knowledge you gain from that to help you write more data-driven, personalized content.

Augmented Intelligence is Becoming the Norm

AI, and automation in general, seems to be here to stay. According to McKinsey, “by 2055, half of today’s work tasks could be automated.”

Marketing departments are leading the charge, with “AI adoption increasing year over year.”

Since it’s all about combining AI’s abilities with human strengths, augmented intelligence is the ideal solution to AI.

Conclusion
As a marketer, you’re all about staying ahead of the competition.

To do that, you’ll need to have the best tools, including artificial intelligence.

Many people, however, are suspicious of AI. According to PwC study, 67 percent of CEOs believe AI and automation would have a negative effect on their industry’s trust in the next five years.

You don’t have to rely solely on AI with augmented intelligence resources. Instead, you can combine AI’s and humans’ abilities to achieve better performance.

3 Key Reasons to Use Augmented Intelligence Tools in Digital Marketing

HOW TO HIRE THE RIGHT DIGITAL MARKETING AGENCY? 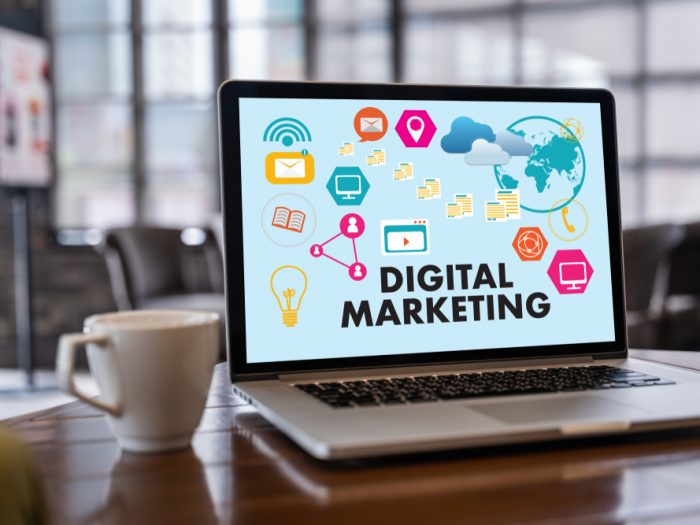 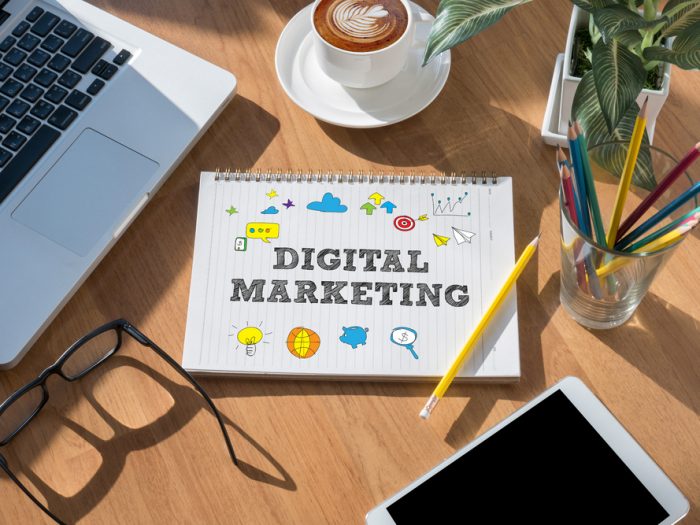 END_OF_DOCUMENT_TOKEN_TO_BE_REPLACED May 16th, 2022
No Comments 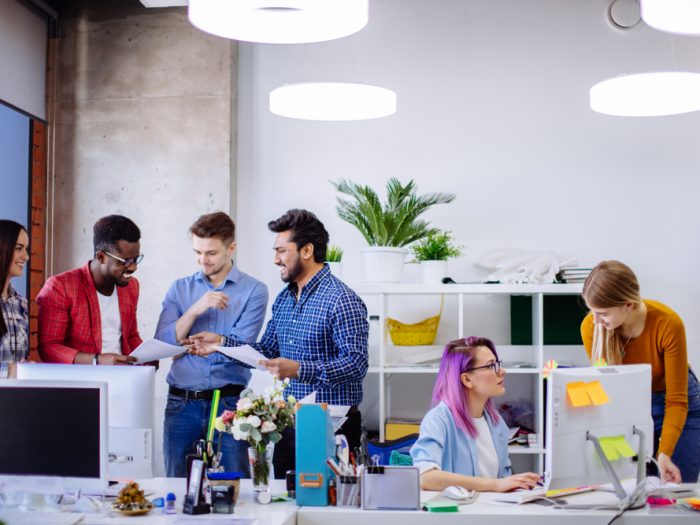